Each guy played a very important role in us being able to stay in the league. It is hard to motivate guys for a whole season, sometimes if it is not in you to work hard everyday, you often just go through the motions. Toward the end of the season that is exactly what started to happen for us. After winning the month of January I thought the feeling of finally winning would be enough motivation to carry us til the end of the season. Luckily the month of January was enough to keep us in the league. Starting out with the imports:

I saw the work Jeremy put in from the very first day of practice and he never let up. He carry this team on his shoulders the whole season through injuries, sickness whatever was the case. He put on his hard hat and boots and came to work everyday of the season. In my opinion he is easily 1st team All Regio West. He lead the team in scoring, assists, steals, and 2nd in rebounds. He was the main reason for us staying in the league this season. He refused to take days off and was always the first guy in the gym and last to leave.

Showed that he could play in the 1st regio this season. In my opinion, he was the best offensive rebound guy in the league. He was always moving and became difficult for teams to put a body on him. I think he develop later in the season to be a good low post scoring for us. He help this season a lot this season especially on defense. Being able to guard big guys and then switch onto a guard if we needed it.

I was worried at the beginning of the season that he would not buy in the system. If you heard anything from anyone in the past, they would say he was lazy, but it was different this season. He hurt his ankle in the last preseason game and was unable to start the season healthy. That head him back some and also held the team back as he prove he was the 2nd best scorer on the team. He came in and work, everyday of practice and very rarely missed a day. If he ever full committed and put time in during the summer and after practice, we would see a different Oscar. He showed again he can easily play in the regio.

Young guy, filled with potential and don’t lack confidence at all. He made us better this season, with his big body and ability to shoot the 3 and rebound. I still think now with a full season under his belt he can become a very great player. I think with his potential he could easily play Pro A in the future if not higher. He always want to work and improve his game and never had to ask him to stay after and shoot.

I really did not know much about Zo or his game. He did not play much last season so this was a fresh start for him in my eyes. From the beginning of the season he worked hard everyday at practice, He always competed hard, even when he was not playing a lot until he was moved into the starting line up. He tried his best to motivate the guys and bring the energy we needed everyday to be a good team.

Being the oldest guy on the team he often outworked most guys everyday in practice. He did whatever I asked or needed him to do. I told him at the beginning of the season, he would not play as much as he did last season, but I needed him ready at all times. His role was the closer for us, when it was a close game or we was leading in the 4th I would put him in to bring the win home. His experience helped us late in a lot of games.

I think he is another guy filled with potential. I think he never really got to show it this season. We started him at the 4 because I wanted him to make us faster on offense. He was another guy who was able to guard position 1-4 and played a big role for us this season. Due to sickness he was unable to play the whole season and that was a big lost for us. Now with the experience of a season and a summer to get better, he have a good chance to dominate the league next season.

From the beginning of the season until the end, he worked hard everyday. Staying after every practice with Jeremy and continue to work on his game and showed a lot of growth from start til finish. Perfect example of what happens when you continue to work hard everyday. When he did not play a lot he never asked why he just kept working hard and later ended up starting some games. Had his best game against BG and it was important for us winning the game.

Was never happy with playing time, but kept coming to practice and working hard. I think he did not fit what we wanted to do later in the season. I thought we needed to be bigger and we had too many guards on the team. Great guy to have on the team for the team spirit, got along with all the guys and always made the team laugh. Everybody want be the star, good players find their roles and be good at it and that helped us this season.

Was a big reason for us getting the first win of the season. One of our best defender and also one of our best shooters. Having sickness mid season costed him his spot in the starting line up but he continue to work and be ready whenever we needed him. Had another chance against Herford after winter break and he was ready scoring 9 points that was key to us getting the win.

Joined the team late, but did not take long to find his role on the team. One of our best low post players, but he was just young. He never knew how to come and work hard everyday of practice. Due to not having so many bigs and or guys getting in foul trouble he always found playing time. A lot of times he did not deserve it but he always got in and help the team when he did play. His big body was key for us getting some win this season. If he fully commit to improving he could be a great player. Still young and filled with potential.

Did get to play much this season due to injuries, but he was a big part of my decision to take the coaching job. Always wanted to coach a player like Thorben. His approach to the game of basketball is what all coaches love. He’s very professional, always at practice and always giving 100%. When we lost him, I knew it would be a tough lost for the team, not only his scoring and passing but the attitude he played with and the energy he brought every game and practice. 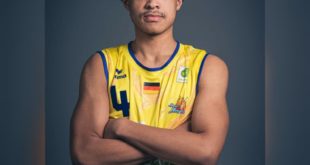 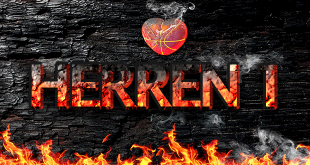